Our ASA preschoolers did not have to travel to Pyeongchang to experience the Winter Olympics. At ASA, we had our very own Preschool Olympics!

Each preschool athlete made their own Olympic torch which they proudly carried into opening ceremonies as the 3rd grade fans hummed and played the Olympic theme. Upon entering the arena (family center) each athlete joined their flame to the grand Olympic flame and  together they recited the Pledge of Allegiance.

Then it was off to the Olympic events. The preschool athletes competed in a hockey game, performed their best skating moves, raced in the two person bobsled and skied through a ski course.

All the athletes were tough competitors and showed great teamwork as they cheered each other on!

The Preschool Olympics concluded with a medal ceremony where all team members received a gold medal!

Loving, A Core Value at ASA

“I came that they might have life, and have it more abundantly.” John 10:10b


Some thoughts on love and abundant life on Valentines Day 2018, as we start Lent this year:

On January 24, 2018 we shared a story about our 7th graders spending time with the St Alphonsus Senior Group. Today we are honored to share some reflections from the seniors: 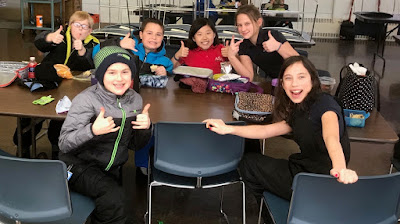 During Catholic Schools Week this year students reflected on ASA’s core values. Here are some of their thoughts: 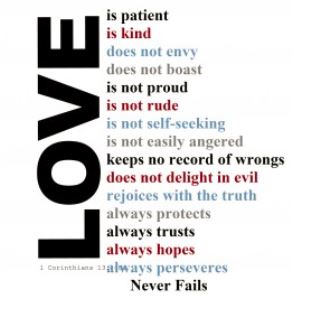 Recently the 7th grade spent some time in religion reflecting on “What makes life good” through scripture, the catechism and papal encyclicals. Here is a summary of their discoveries in their own words:

On Saturday, January twenty-seventh St. Alphonsus parish held their fifth annual chili cook off. After winning last years cook off, I decided to enter again. Every year they have a different theme that you base your decorating on, and this year they chose Grand Rapids to be the main theme.

Now, I don’t know about you, but whenever I think of Grand Rapids, I think of cherries, maple syrup and Yesterdog. Yesterdog is a restaurant that serves chili dogs and was also used in a series of films. Whenever my family is in town, we always stop by and grab a few chili dogs for lunch. On Friday, as me and my parents were discussing a recipe to use , and my mom brought up that one of my grandmas had a chili recipe that was used on most hot dogs.

With this in mind, we ran to the store to buy the ingredients. We borrowed a roasters from my grandma and got started. Since my mom had a crossfit competition on Saturday, we left the hamburger to cook at home. Once back at my house, we added the rest of the ingredients and cut up some vegetables to use as condiments so people could make it like a perfect chili dog. Since the theme was Grand Rapids, my dad and I found a baseball cap and a shirt from the Michigan blood drive that he did a while back. After everything was cooked, we headed out for the church. One of the most nerve wracking things was we thought it spilled in the back of his SUV as we rounded a sharp corner, but luckily it didn’t and everything was fine.

Once inside the parish center, we got our table set up and everything plugged in. I was the youngest there, but when I stepped inside, I was basically considered an adult. I had ‘beef’ with a few people who lost last year and, thanks to my dad, I now had a feud with another person whom he was good friends with. We had a little time before they allowed people in, so we went around and tried other chilis and soups. There were some really good ones, and I was getting kind of nervous. Luckily, once they let people in, I was fine. I had many people come up for seconds, and even thirds!

Overall, the night was amazing, and everybody was extremely nice. Around eight o’clock they called the chefs up on stage to give out the prizes. Everybody got a gift card to a restaurant called Electric Cheetah and a thank you note. For people’s choice I came in second, but I came in first for judge’s choice. It’s always cool to see how well I do and find ways to improve my culinary skills for next time and even beyond that, but I can’t take all the credit.

My dad had a huge role in this by helping me cook the food and add the right amount of servings to make it taste amazing! He plays a major role not only in the cook offs, but in my life by helping me be my best and put my best foot forward, so a massive thank you to him and to everybody who has helped me this far. You mean a lot to me.

This year’s Catholic Schools’ Week celebrations at All Saints Academy were extra special as we tied in our yearlong 10 years of ASA celebrations throughout the week also!

We started the week with our first Pack the Pews Mass at St Alphonsus at 11 am. It is always a great pleasure to serve and celebrate with our parish communities!

The school week started with crazy sock and hat day and a trip to St. Anthony for the middle school students for a praise concert with John Angotti on Monday. Three Grand Rapids Diocese schools gathered together in their respective uniforms with crazy socks and hats to pray and praise God together! It was a joy-filled celebration of our root belief that We Are One Body in Christ! John challenged students to consider how they will be Christ to those they meet.

On Tuesday of Catholic Schools Week our 3rd grade joined representatives from all of the Catholic schools in the Diocese of Grand Rapids for Mass with the Bishop. Students also shared a special 10 years of ASA cookie as a special snack on Tuesday!

Tuesday afternoon students listened to Mr. David Wodarek talk about the design of the ASA logo. They learned about the meaning of colors in the tradition of religious iconography as well as the great mysteries of our faith symbolized in our Red, Gold and Black ASA.

Throughout the week students participated in special fun “10 minute” games like “Minute to Win it” and “Breakout Eddy.” They also wrote letters to their classroom seminarians and ASA Core Value reflections.

Wednesday of Catholic Schools Week is a special all school celebration day for ASA! Kindergarten through 8th grade gathered at St Alphonsus and started the day with an all school rosary for our country. At the same time throughout the diocese the other Catholic schools offered up rosaries of their own!

After the rosary students shared a small snack and worked together to use inspiration from Tuesday’s logo talk to design a rock for a path in our ASA community garden.

Before celebrating Mass together students at St Alphonsus gathered for our special #10 school picture. Back at the elementary campus preschool students celebrated with a Catholic Schools Week parade and teachers created a special preschool #10 pic as well!

It is always a great pleasure to gather our k-8th grade students and pastors together to celebrate Mass. It is a wonderful reminder that We truly Are One community in Christ.

Thursday of CSW 2018 was a special day as the Ott brothers lead both of our campuses with great zeal as Principal for the Day!

They were given the great privilege of making a very special announcement on behalf of Fr. George:

Thursday was also a school spirit Red, Gold and Black day as the middle school students again gathered for Mass; this time with the parishioners of St Jude!

Thursday night of Catholic Schools week was our traditional 8th grade vs. staff community basketball game. Eddy made an appearance, families enjoyed pizza and cheered on their favorite team. The staff remains undefeated!

Friday the celebrations of active and creative learning, leading and serving continued with and kindergarten through 3rd grade trip to Shrek The Musical and the 8th grade and staff rematch.