Arts After School at ASA 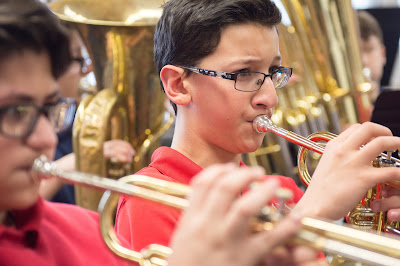 On Thursday, April 26th, the All Saints Middle School Jazz Band went to Hastings to participate in the Thornapple Arts Council Jazz Festival. 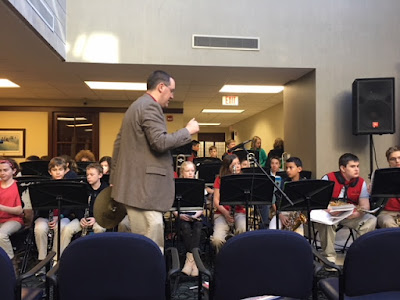 The jazz band meets after school once a week for an hour on Wednesdays, and is made up of thirty students in grades 6-8 from ASA as well as seven students from St. Patrick Parnell and Divine Providence Academy. They played the jazz standard Bill Bailey, Henry Mancini's The Pink Panther and a tune in a rock style called Tyrannosaurus Charlie which included several improvised solos. After performing, the band had a great clinic from expert jazz musician and teacher Greg Wells who complimented the band on the many good things they were doing, and challenged them to continue to grow by highlighting areas for continued improvement. 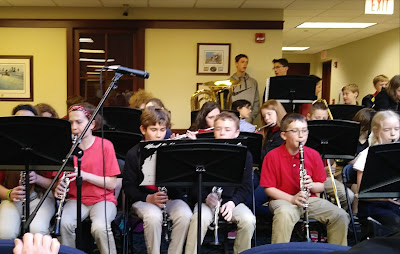 After the clinic on their concert music, the band got to listen to two high school school jazz bands play in a nice outdoor band shell (the weather was perfect)  before going to eat at the Waldorf Bistro. A professional jazz combo, made up of a vocalist, drums, piano, and bass played throughout lunch. Several students commented that it was the best meal they had ever had. The food was very good but the music made it even better. 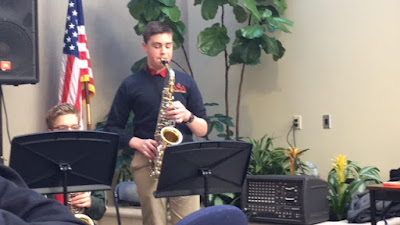 Finally, the band went to a small coffee shop and ice cream house where everyone was able to get a treat before returning to ASA. The day was a perfect combination of learning and fun. ASA 8th grader Aiden McGavin will return later this weekend to participate in the Middle School All Star Jazz Band, a select group of nominated players from many area schools. 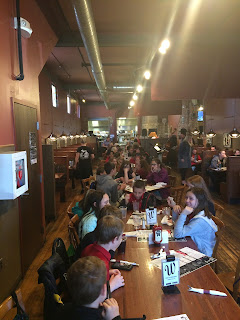