Saints in The ASA Entryway

We Are One Body in Christ

Forming Saints to Serve All


Artist John McCoy has completed the digital version of the new Saint Art for the entryway a the middle school campus. He will now begin transferring his vision to canvas.

At the center of the piece we see The Blessed Sacrament with St Jude, Our Lady of Perpetual Help, St Isidore and St Alphonsus on either side.

As All Saints Academy we wanted to include a number of other Saints to represent the entire Body of Christ. Students and ASA staff were given an opportunity to suggest additional Saints for the artwork. Ultimately we landed on 8 additional Saints who both exemplify ASA’s Core Values and who were commonly mentioned by community members.

Our additional Saint exemplars of Faith, Learning, Loving, Serving are: 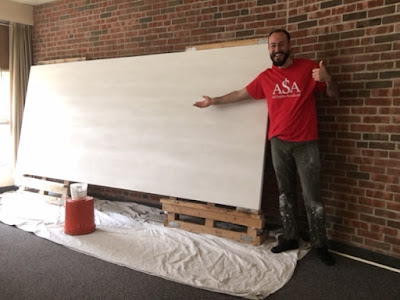 Check out John's first video about his work so far: